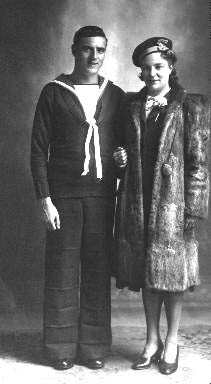 A survivor of the sinking by Stuka's of HM Trawler Thorbryn off Tobruk in August 1941, Bill was a POW in Italy for two years. In September 1943, after the Italian surrender, he escaped over the Alps into Switzland, to be repatriated to the UK and to service on the Brinmaric.

Lived in London after the war. Joined the Metropolitan Police and served as a Police Constable until approximately 1975. Known as "Yorky" because of his Yorkshire accent.

He later moved to Germany where he lived the later years of his life. He died In Hamburg in 1993.